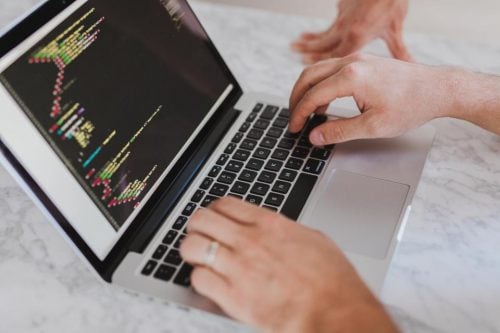 The data shows that blocking pirate sites causes more harm than good, but that hasn’t stopped Canadian media companies from demanding that their government implement a website blacklist.

A coalition of movie industry companies and ISPs, including Bell, Rogers, and Cineplex, announced this effort back in December, and they formally launched it last week as FairPlay Canada.

Their plan calls for an extra-judicial blocklist that would bypass any legal proceedings and would instead empower a private organization to decide which sites are blocked.

The Canadian blocklist would be maintained by a new non-profit organization called “Internet Piracy Review Agency” (IPRA) and enforced through the CTRC, Canadaland reports.

The plan doesn’t come as a total surprise as Bell alluded to a nationwide blocking mechanism during a recent Government hearing. What becomes clear from the new plans, however, is that the telco is not alone.

Canadian telecom regulator CTRC would be tasked with making sure ISPs obeyed the block, and it has already indicated that it is opposed to the idea.

That is a good sign that this effort will go nowhere, but even if this block list is put into place, Michael Geist believes it will face multiple legal challenges:

The limitations of blocking technologies, which can often lead to over-blocking of lawful content, raises immediate red flags about whether site blocking would be consistent with the Charter of Rights and Freedoms. For example, when Telus restricted access to a pro-union website in 2005, it simultaneously blocked access to an additional 766 websites hosted by the same computer server. Given the implications for freedom of expression, an immediate legal challenge would be a certainty.

The absence of full judicial oversight and the likely Charter challenge are fatal flaws in the proposal, but they are by no means the only ones. The CRTC stated in 2016 in a case involving Quebec’s plan to block unlicensed online gambling sites that the law only permits blocking in “exceptional circumstances,” which places the onus on the coalition to demonstrate that the plan would further Canada’s telecommunications policy objectives. It does a poor job in this regard, relying on easily countered bromides that piracy “threatens the social and economic fabric of Canada,” that the telecommunications system should “encourage compliance with Canadian laws” and that website blocking “will significantly contribute toward the protection of the privacy of Canadian internet users.”

Geist goes on to point out how this block list would be prone to abuse by the ISPs who are already bending copyright law to get their way. For example, Bell, Rogers, and Quebecor last year started harassing TVAddons, a site that hosted software plugins for the Kodi streaming box. They say the site is infringing on their copyrights. That claim not supported by Canadian copyright law, but the ISPs don’t care because they have the legal muscle to destroy the site no matter what the law says.

Hi there everyone! My name is Marios and I have been a bibliophile ever since I remember myself! I enjoy reading more than anything in the world. I have read many books in any genre anyone can imagine, graphic novels, politics, history, help-yourself books, sports books as well as encyclopedias … END_OF_DOCUMENT_TOKEN_TO_BE_REPLACED